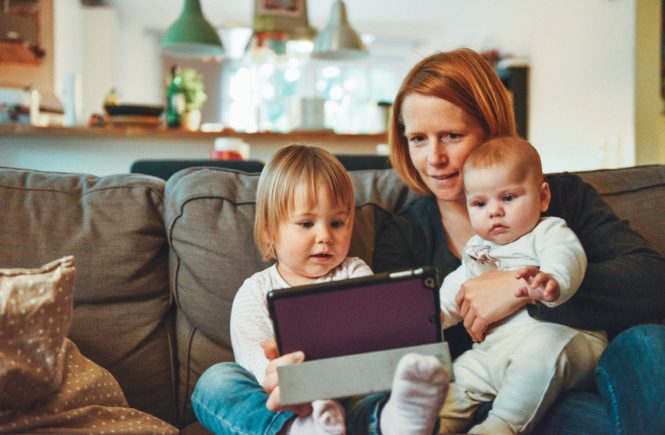 John F. Kennedy and First Lady Jackie Kennedy brought a new kind of glamour to the White House. In the 1960s, the President Kennedy and his wife were admired both nationally and internationally. Their style, youth, and glamour made the couple iconic. One thing historians have agreed on though is that both John and Jackie were quite private in one particular area – their children.

On August of 1956 (before Kennedy was elected president), Jackie, unfortunately, gave birth to a stillborn infant – named Arabella Kennedy. At the specific time when this occurred, Senator Kennedy was on a yacht in the Mediterranean with friends.

In November of 1957, Jackie Kennedy gave birth to a lovely little girl – Caroline. John F. Kennedy was very fond of his daughter, and many have said that the new-found bond steered him on a path towards maturity as a husband and father.

In November 1960, Jackie Kennedy gave birth again to a bouncing baby boy at Georgetown hospital. It turned out that initial reports of good health were misleading, and that the baby was actually born prematurely (3 weeks early). The infant – John Kennedy Jr. – had respiratory issues at birth, and did not squall when the doctor slapped him on the buttocks. It took the quick thinking of a pediatric resident – who inserted a tube into the baby’s trachea and blew air into his lungs – for the little Kennedy to respond.

On August of 1963, when John Kennedy was in office as president, Jackie went into about five weeks earlier. She was transported by helicopter to Otis Air Force Base where she gave birth to a Patrick. The newborn, born way too early, was suffering from a hyaline membrane and struggled to breathe. Despite the Boston Globe popularly declaring “He’s a Kennedy – He’ll Make It”, Patrick lost the battle 39 hours later. The loss was one of the hardest moments for the president and the first lady. However tragic, the loss appeared to bring them closer to each other.

Of the four pregnancies, only Caroline and John Jr. made it to adulthood.

John F. Kennedy Jr. was the second born child of Jackie and John Kennedy. He was 3 days shy of his third birthday when his father was assassinated in Dallas, Texas. Just a small innocent child, little John won the hearts of Americans when he was photographed saluting his late father’s casket. Despite being protected by his mother, little John was in the media spotlight all his life.

John F. Kennedy Jr. briefly tried acting at a career level before he graduated from Brown University and later the New York University with a law degree. He abandoned the legal field to try his luck in journalism and business. In 1995, he launched a political magazine named George. Despite being a likely candidate for politics, he never really tried. Instead, he chose to dedicate his life to public service and publishing.

In 1988, John F. Kennedy Jr. was named the “sexiest man alive” by People Magazine. He was linked with numerous celebrities, from Madonna to Sarah Jessica and Julia Roberts. In 1996, Kenney married Carolyn Bessette, a long-time girlfriend. They settled at an apartment in the TriBeCa neighborhood of New York City, where he could often be seen biking and rollerblading.

John F. Kennedy Jr. tragically died on July 16th, 1999 when the light aircraft he was piloting crashed into the Atlantic ocean. In the same aircraft were his wife Carolyn, and her sister Lauren, who also perished. An investigation by the National Transportation Safety Board ruled that the accident was as a result of spatial disorientation. This happens when the pilot is unable to determine his body position in space, usually due to loss of a reference point (e.g. the horizon).

The only surviving child of Jackie and John F. Kennedy, Caroline is a writer, lawyer, and diplomat. Caroline was 5 days shy of her 6th birthday when her father was assassinated in Dallas, Texas. After the assassination, her mother moved her two children (Caroline and Little John) to Manhattan’s Upper East Side, where she studied. Caroline graduated from the Radcliffe College, before starting work at the Metropolitan Museum of Art in Manhattan. She was married by Edwin Schlossberg, in 1946. She later entered the Columbia Law School and graduated in 1988. In her professional life, she either authored or helped in the creation of various books or works of art. In 2013, Caroline was appointed the U.S. ambassador to Japan by President Obama.