The Best Books to Read on the Presidency of John F. Kennedy 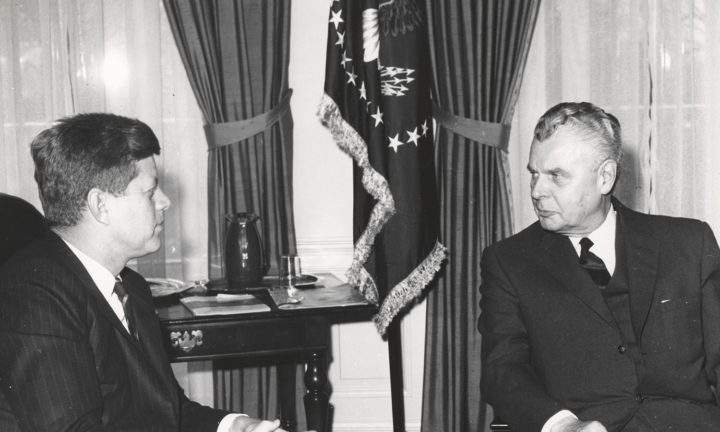 With the exception of Lincoln and Washington, more pages have been written about John F. Kennedy than any other president. Kennedy was the 35th president, and perhaps the most charismatic political leaders in modern history. In addition to biographies, authors have zoomed in on almost everything about Kennedy, from his famed Anglophilia to his influence on the Vietnam war.

For those who are looking to quench their thirst for knowledge on this remarkable former president of the United States, here are the top 5 books on John F. Kenney.

1.     An Unfinished Life by Robert Dallek

Robert Dallek’s book “An Unfinished Life: John F. Kennedy, 1917 – 1963” rewrites the story of John F. Kennedy. In this book, you learn more about Kennedy’s love affairs, ill health, and family dynamics than you’ve ever learned elsewhere. Most historians and critics consider this book, which was published in 2003, to be an essential Kennedy biography.

Published in 1955, Profiles in Courage is a book by John F. Kennedy himself. It was written when he was recovering from surgery after one of his many illnesses. The book profiled 8 senators in U.S. history who had courageously taken the unpopular stand against issues that threatened democracy. Some of those named are John Quincy Adams (known for his political independence, patriotism, and brilliant mind), and Robert A. Taft. This book, which was co-authored with Ted Sorensen, won a Pulitzer Prize.

“A Thousand Days: John F. Kennedy in the White House” is a book that looks at Kennedy the president from the point of view of his friends. Released in 1965, this book speaks volumes about John Kennedy. It provides an insightful analysis of his political career, right from the campaigns all the way to his funeral. Although it’s been critiqued as a friendlier biography (the author had relations with the subject), it provides valuable knowledge on how Kennedy would have wanted to be seen.

4.     The Death of a President by William Manchester

William Manchester’s book “The Death of a President: November 20 – November 25, 1963” is an account of John F. Kennedy’s assassination. Manchester reportedly started working on this book at the request of Jacqueline Kennedy. But when the book was done, Jackie Kennedy and her brother in law, Robert F. Kennedy were not happy with the work and requested further changes. Although a bestseller back then, the book later faded into obscurity, before it became popular again with its 50th-anniversary edition. It’s still an important text for anyone who’s looking to learn more about Kennedy.

The assassination of J. F. Kennedy has attracted more conspiracy theories than any other political tragedy in our times. With his book “Case Closed: Lee Harvey Oswald and the Assassination of JFK”, Gerald Posner aims to dig deeper and unearth facts that are otherwise easy to miss. He examines all available evidence and arrives at only one reasonable conclusion – Lee Oswald (the gunman who shot Kennedy) acted alone.

If you still have some spare time after reading these books, others that you should look at are: